Brighton and Hove Albion manager Chris Hughton knows the club must try to make the most of their recent run of games against teams in the region as they are on the Premier League table. 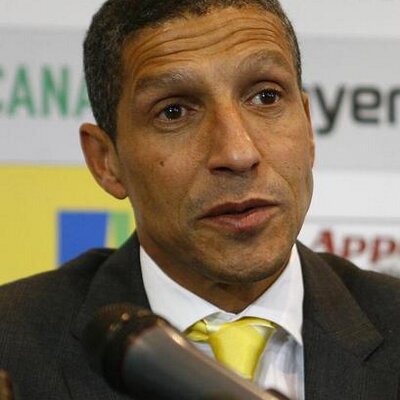 The Seagulls return to action in the Premier League this weekend with the aim of putting an end to their recent slump, after back to back defeats. They have a run of fixtures against smaller teams, around them on the table, before facing Chelsea and Arsenal and will be looking to take advantage of this.

With fixtures against the likes of Huddersfield, Crystal Palace and Burnley on the horizon, before taking on Chelsea and Arsenal later in December, Hughton is determined to not let opportunities slip by them.

Speaking with Sky Sports News, the Brighton boss said, “We know that games at home bring more pressure to get results, as well as ones against teams outside of the top six”.

“That doesn’t mean you will get those results, but we are always realistic and we have to make the most of the opportunities”.

The Brighton gaffer also spoke of the bad form the club find themselves now despite being on an unbeaten run just few months ago.

Brighton will be without midfielder Dale Stephens through a three-match suspension following a red card in the breathtaking game against Cardiff before the international break which resulted in a defeat.

Winger AlirezaJahanbakhsh continues to be unavailable through a hamstring injury he picked up in the game against Cardiff.

There is some good news for Brighton however, with defender Lewis Dunk making his mark on the international scene for the first time. This could prove to be a lift for the player and the club.

Hughton feels the player deserved his international debut considering how consistent he has been this season for the Seagulls.