Premier League side Brighton & Hove Albion have agreed a deal with Fiorentina to land Senegalese striker KhoumaBabacar, according to reports. 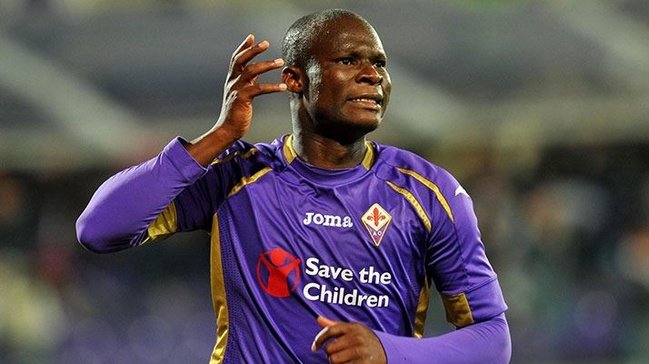 The 24-year old made the move after the Serie A side accepted an improved bid from Falmer Stadium.

Fiorentina had initially rejected an £11.5 million bid but the agreed to a deal worth £16.6 million. The Seagulls wanted a striker to help them retain their top tier status this term. The player had fallen in the pecking order at the Italian side as Giovanni Simeone and Cyril Thereau arrived. Babacar wanted to stay and fight for a shirt at first but turned around to agree an England move.

The Fiorentina Academy product is expected to add fire to the Brighton ranks. He netted 14 times in 31 games last term. If he can better that tally for the Albion, they stand a decent chance of remaining in the Premier League by May 2018.

Coach Chris Hughton would be relieved that he was able to get the deal over the line before the window closed. He has been busy as the deadline approached, especially as Glenn Murray and Sam Baldock are out injured.

Hughton still wants Newcastle keeper Tim Krul on a loan deal. The 29-year old Dutch shot stopper has been on loan at Ajax and AZ Alkmarr but Rafa Benitez does not seem impressed yet. The keeper has been training with the reserves to keep fit but could also move to Nottingham Forest. Forest want him and he would likely get more playing chances compared to a move to Brighton. For now it rests on Benitez.