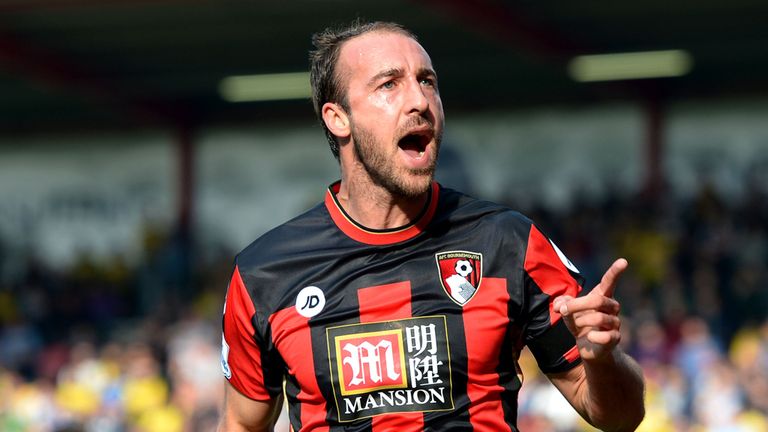 The player joined Bournemouth for £4 million in the last campaign on the deadline day as a matter of fact but he could only garner seven starts all season. When he was with the seagulls he netted 56 times in his three and half year stay. His effort and goals helped the club win the League One title back in 2011. He had joined the club back then from “Rochdale but made a major impact that convinced the club to give a second chance despite his poor statistics last season.

Club boss Chris Hughton said: “Everyone at the club, and the supporters, know what Glenn will offer us. He is a proven goal scorer and an excellent addition to the squad.”

The player who has played for Barrow, Carlisle, Stockport, Crystal Palace and Reading will join other additions Steve Sidwell and Ben Hall as new arrivals when the season kicks off. They hope to feature when the new season begins on August 6th. They are billed to start the forthcoming Championship season with a trip to Derby County.

They would then play host to Nottingham Forest. Newcastle United would be next as Manager Chris Hughton returns to the club he helped promote in the 2010 season. Before playing United they would trade tackles with Rotherham United and Reading all in August. Then they will start the September round of games against Brentford at home.

Brighton missed an automatic promotion on the last day of the past season but would hope to avoid a repeat when they take on Aston Villa on May 7th in an away encounter. A few changes might be made before the team gets the pre season plans underway.