English Championship side Brighton & Hove Albion have completed the signing of Ben Hall ahead of the coming season, according to a report from the BBC Sports. 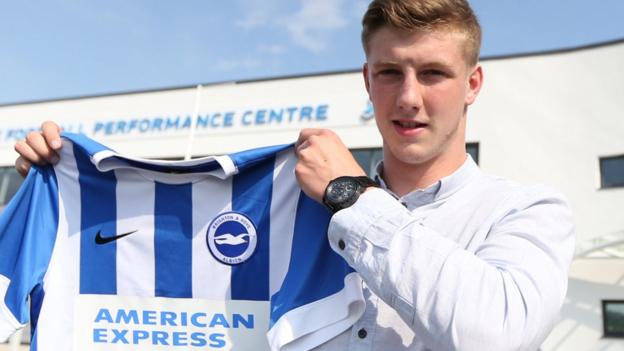 The club didn’t disclose the transfer fee of the player. Hall, who is 19 years old, made 19 appearances for the Scottish Premiership side Motherwell in the last campaign. His new deal with Brighton is for two years, but he is set to play in Albion’s under-21 squad initially.

The player is a Northern Ireland Under-19 international and the Seagulls’ coach claims he would join the first team of the club with time. Chris Hughton told the website: “Ben is an excellent young prospect. His challenge is not only to progress but to be ready to make that step up into the first-team squad.”

Motherwell claim the player was offered several different deals to remain at Fir Park, which he joined form Dungannon Swifts in 2013, but he refused the deals to join Albion. Manager Mark McGhee told his club website: “We have been in discussions with Ben for the best part of five months,” “However, we have always been conscious that this may happen and, as such, have been working on a replacement, which we hope to announce soon.”

On the other hand, League Two side Luton Town buy defender Glen Rea from Brighton & Hove Albion for an undisclosed fee as well. The player made just 10 appearances while on a loan spell in the last campaign. The 21-year-old centre-back agreed to a two year deal with Luton. Rea, a Republic of Ireland Under-21 international, grew with the Albion youth team and even played twice in the League Cup.

Luton boss Nathan Jones signed Rea after working with him when he was a coach at Brighton. He said: “He’s a player and a character that I’ve got a lot of time for. It’s taken a while. Brighton had a valuation of the player that we’ve had to negotiate, and we’ve got there in the end.”